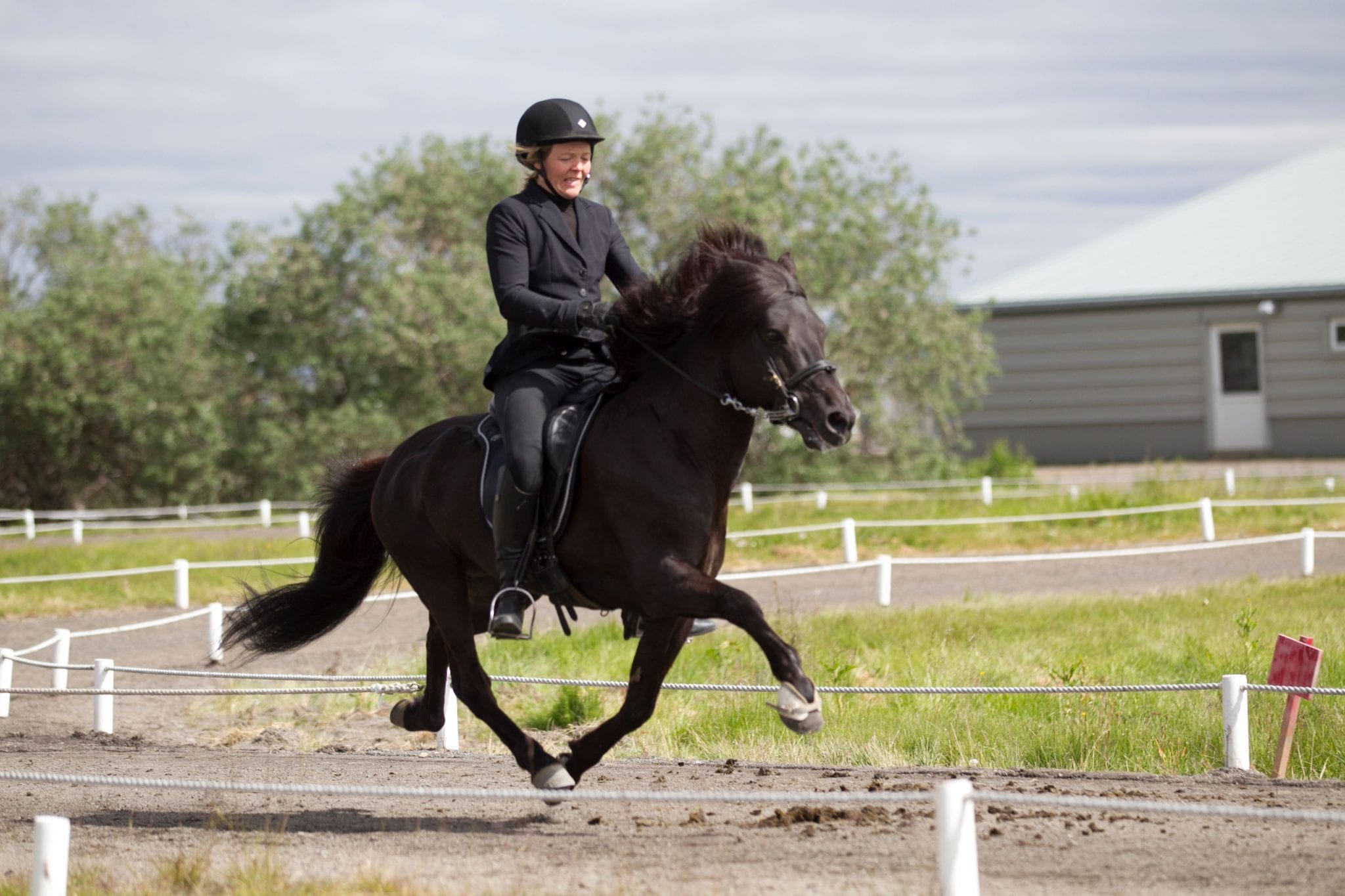 Trymbill is one of the flagship in the breeding at Þúfur. His dam is Nóta frá Stóra-Ási, who is owned by Gísli‘s sister. Trymbill came to be from an agreement they had with her, that Mette and Gísli would get to breed mares from her that received 1. prize in a breeding assessment. Nóta was a very sensitive and light mare, always light on the reins and ready to work. When they got to choose a stallion for Nóta, they picked Þokki frá Kýrholti, as they saw him when Steinþór at Kýrholt was training him. He was dancing in the tölt and had high leg action right from the start; a self-made gæðingur. What also fascinated them about Þokki and why they decided to breed him with Nóta, is that he had well raised and elegant neck, as well as being the light type they prefer. Trymbill is the outcome of that gut feeling they had about this match. A year later, Trymbill was born.

Trymbill became good at a very early age and his capabilities have only been incremental through the years. He is very intellegent and has a special presence about him and many of his offsprings have that in common with him. He is unique in the sense that he easily reads the rider so everybody can ride him, as he is so mild yet so powerful. Trymbill is a great gentleman who has earned his honorary place in the stable. He‘s still going strong in competition at 16 years of age when he participated in gæðingafimi in the KS Champion League and at the Icelandic Championships in 2021. 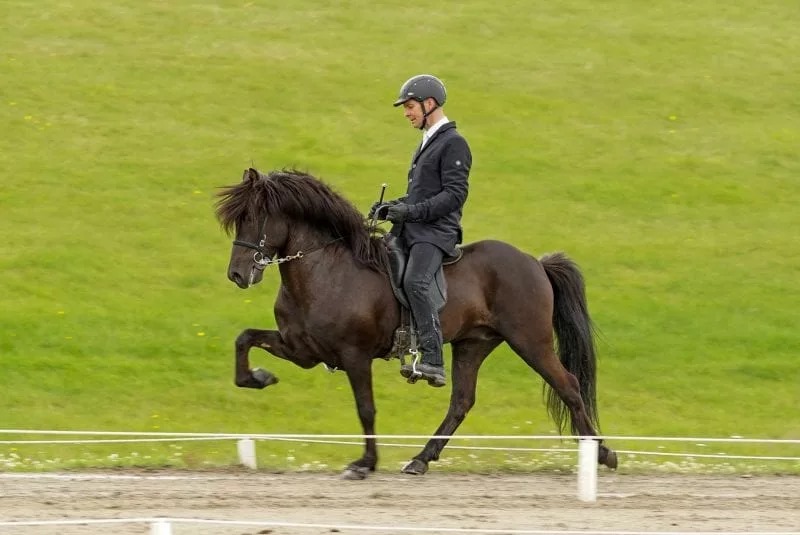 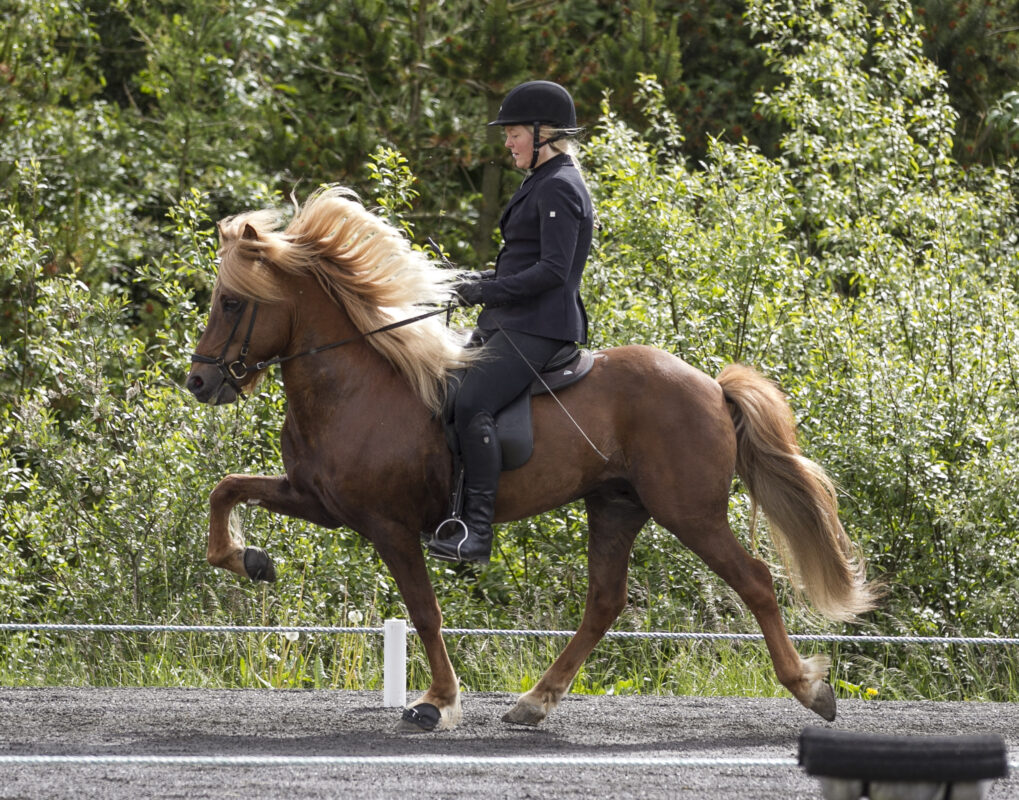 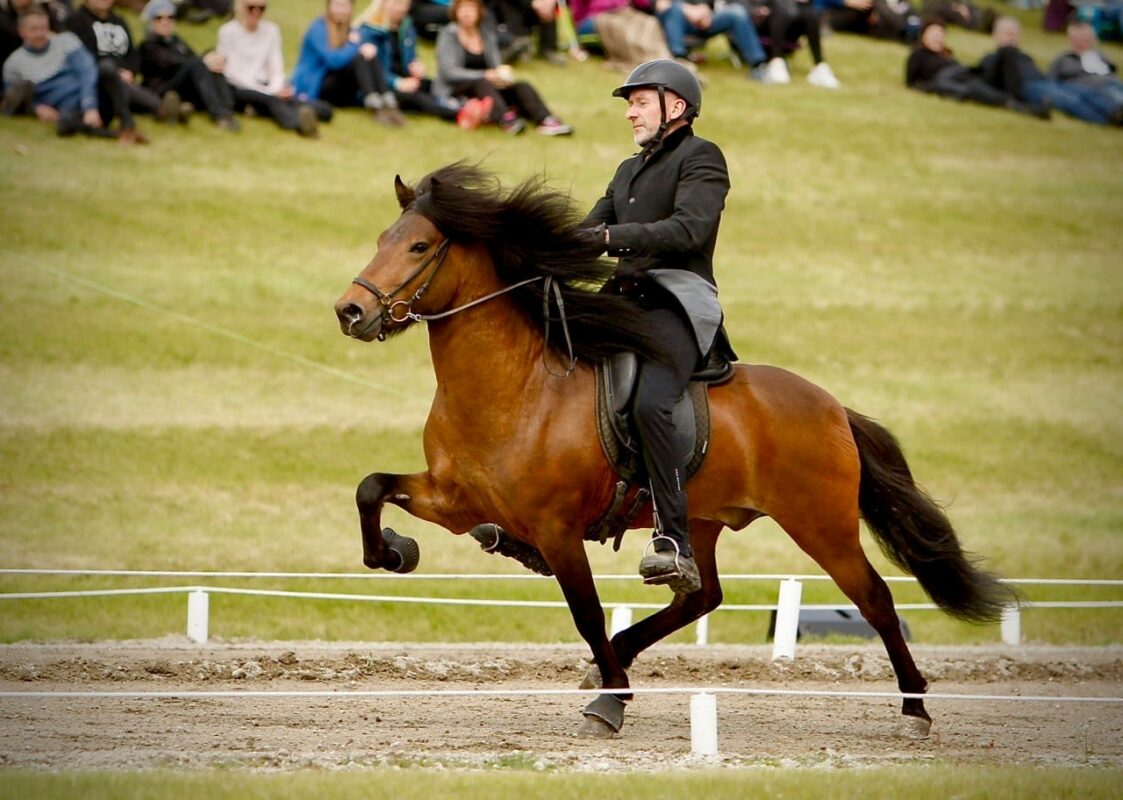 Trymbill sires horses that are just below average in size with a sharp and delicate head. The topline of the offsprings is strong; the neck is raised, round and slim, as well as the backline being good. The offsprings are cylindrical and have good proportions, the legs are dry and rather straight. The hooves are about average.

Trymbill gives light stepping horses with high leg action. Tölt and trot are clear-beated and uphill, the pace is very good, fast, clear-beated and secure. The gallop is dynamic but lacks suspension, while the canter which is rhythmic but flat. The walk is clear-beated but can be short-stepping. The offsprings are high stepping, sensitive but coopeerative and maintain good head position. Trymbill produces skillful, elegant and light horses, he receives a honorary prize and third place.

Trymbill frá Stóra-ÁsiTotal: 8.57
This site uses cookies to offer you a better browsing experience. By browsing this website, you agree to our use of cookies.
More info Accept