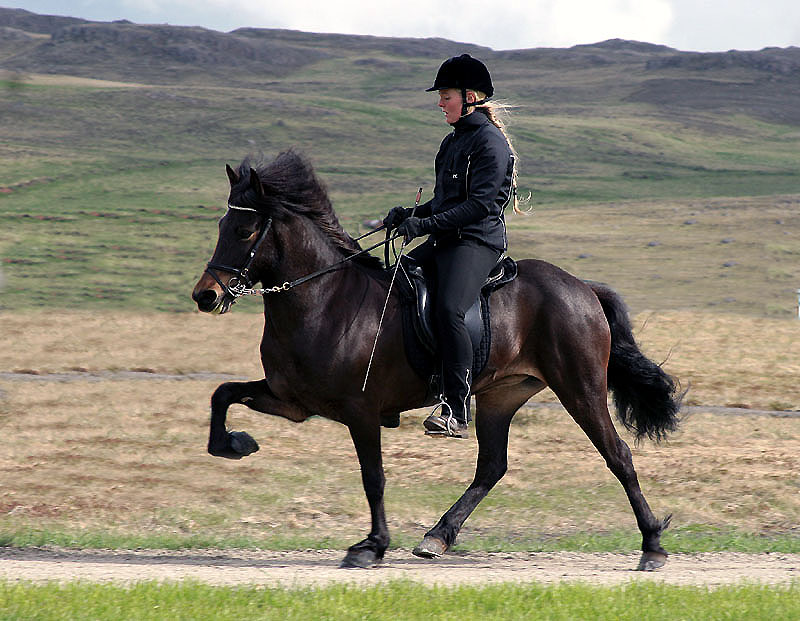 Kyrrð is out of the foundation mare, Lygna frá Stangarholti and Suðri frá Holtsmúla 1, a triple Icelandic champion in fourgait. Kyrrð was shown 5 years old in 2005 and received a good 4-gaited evaluation, thereof 9.5 for head but she has exceptionally expressive face. A year later she received 8.13 for conformation and 8.12 for ridden abilities, thereof 9 for gallop, spirit and the rare 9.5 for canter. At Landsmót the same year, she furthermore received 9 for trot and received 8.13 for ridden abilities and a total of 8.13 also.

Kyrrð has great temperament and is very cooperative, with springy and soft movements. Due to her quality movements, it was decided to breed her right away after a successful Landsmót. Five of her offsprings have been evaluated and all received 1. prize, most as fourgaiters and performed well in competitions, along with two more offsprings being successful in competition, Ringó and Siríus. Kyrrð‘s highest offsprings is Skálmöld frá Þúfum, but she received 8.38 in total, thereof 9 for neck, tölt, trot, canter, spirit, general impression, walk and slow tölt, which is a 8.97 for ridden abilities without pace. Kyrrð received honorary price for offsprings in 2020. 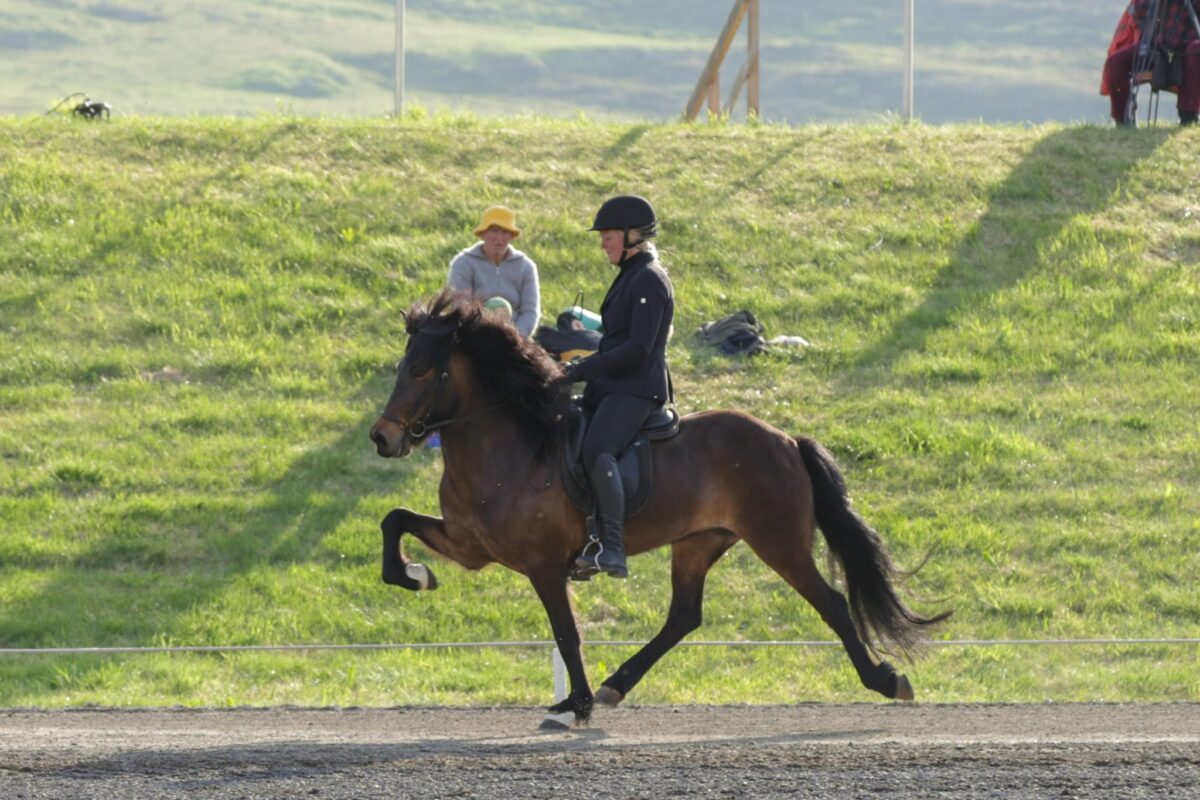 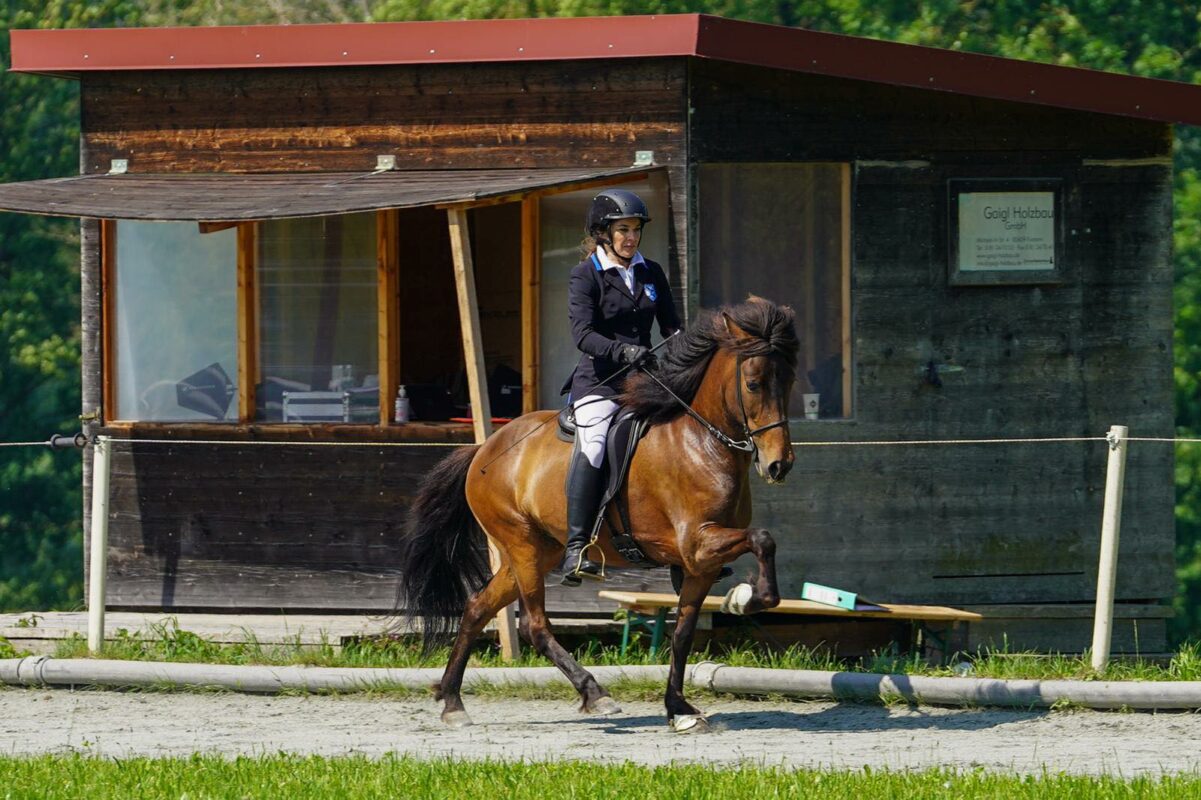 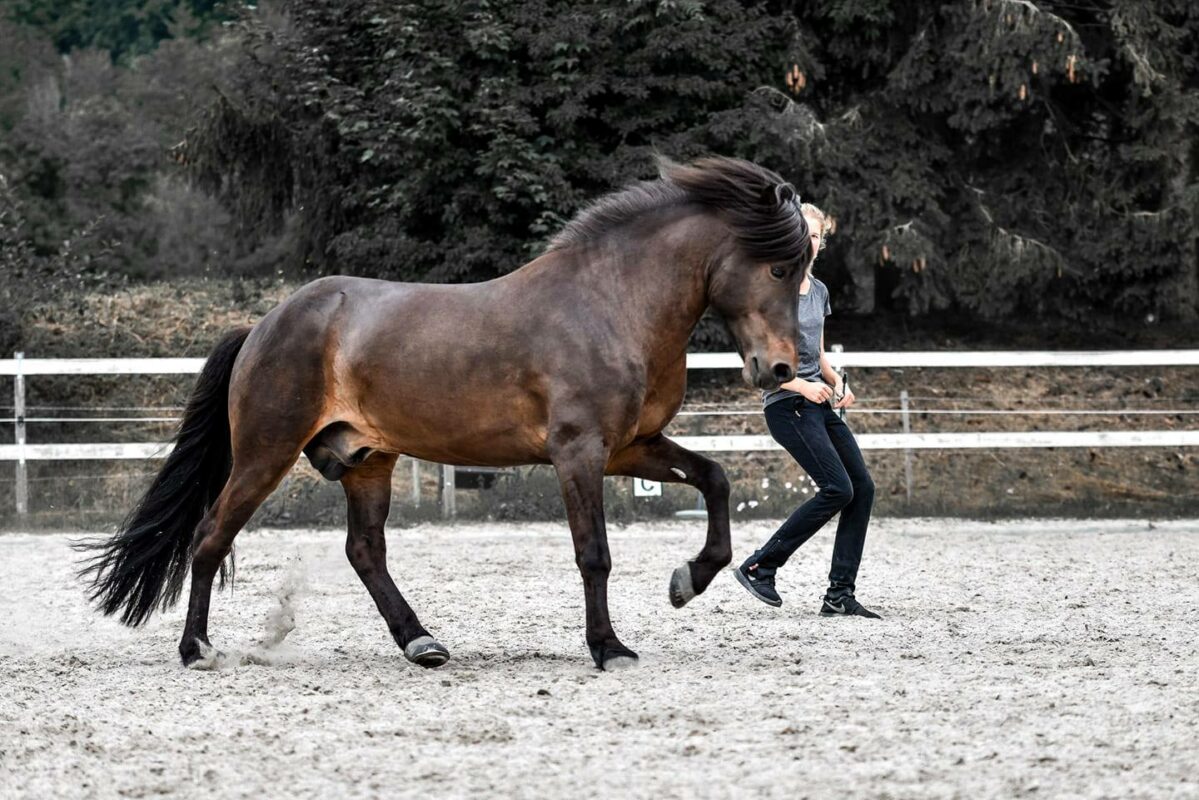 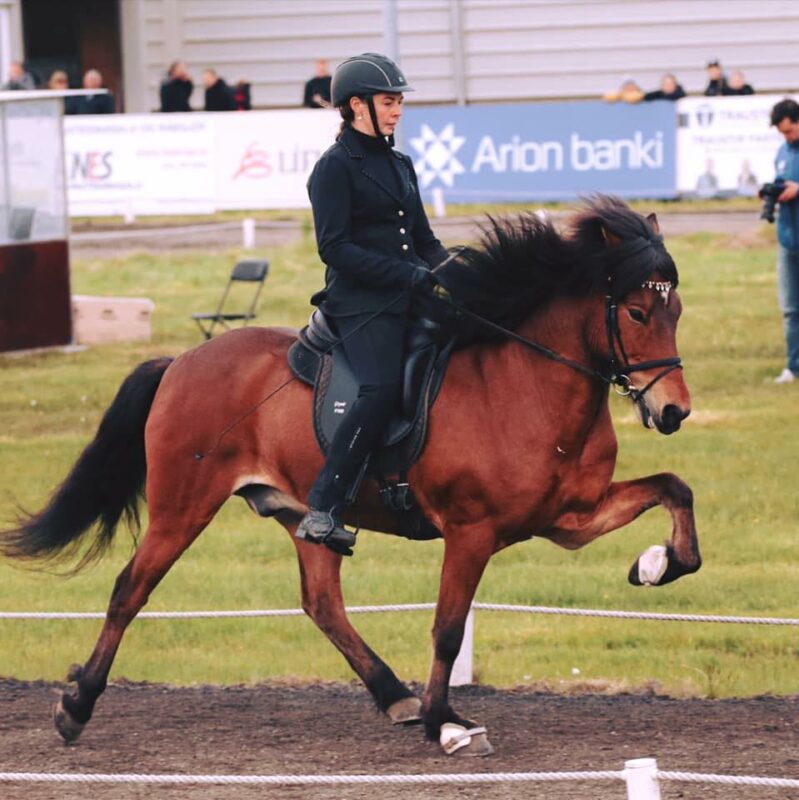 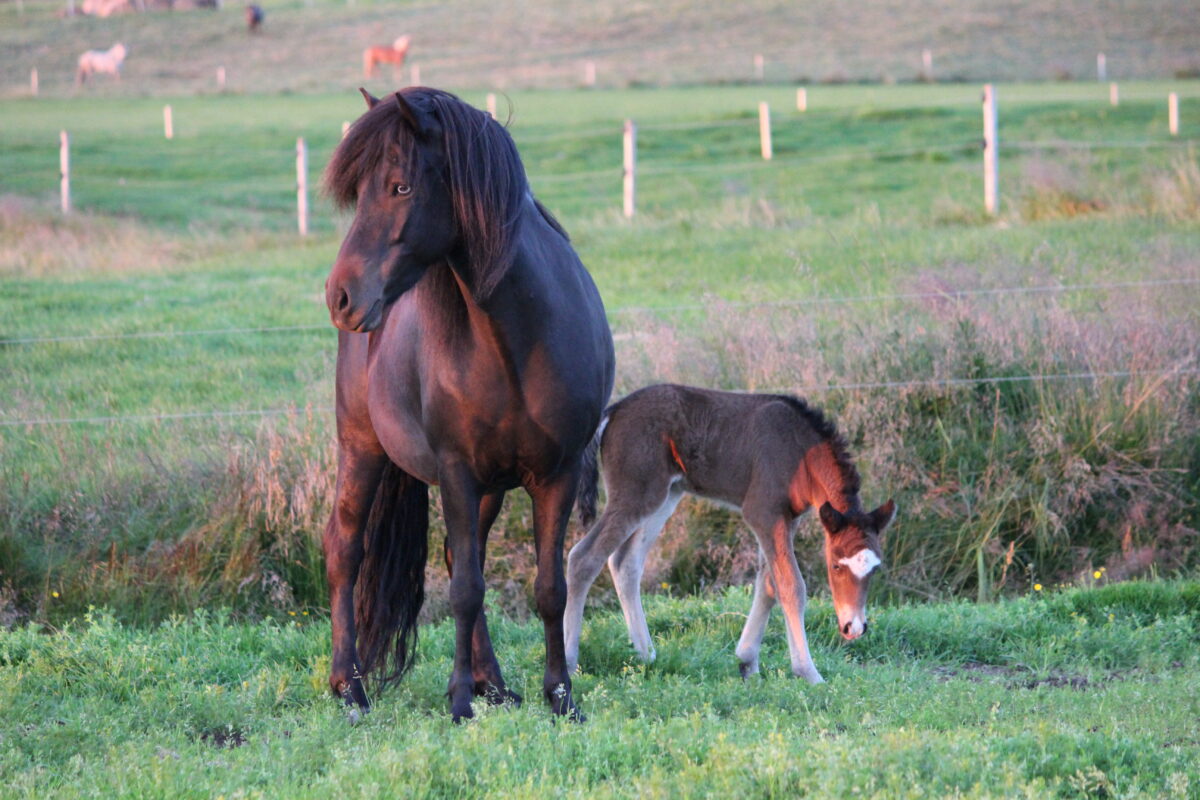 Kyrrð frá Stangarholti gives horses that are higher than the moderate size. The head is fine and sharp, the neck is slender, erect and set high with high shoulders. The croup is powerful and even. The proportions are good. Legs are dry and fairly straight. Hooves are quite good and mane and tail average.

Kyrrð frá StangarholtiTotal: 8.13
This site uses cookies to offer you a better browsing experience. By browsing this website, you agree to our use of cookies.
More info Accept