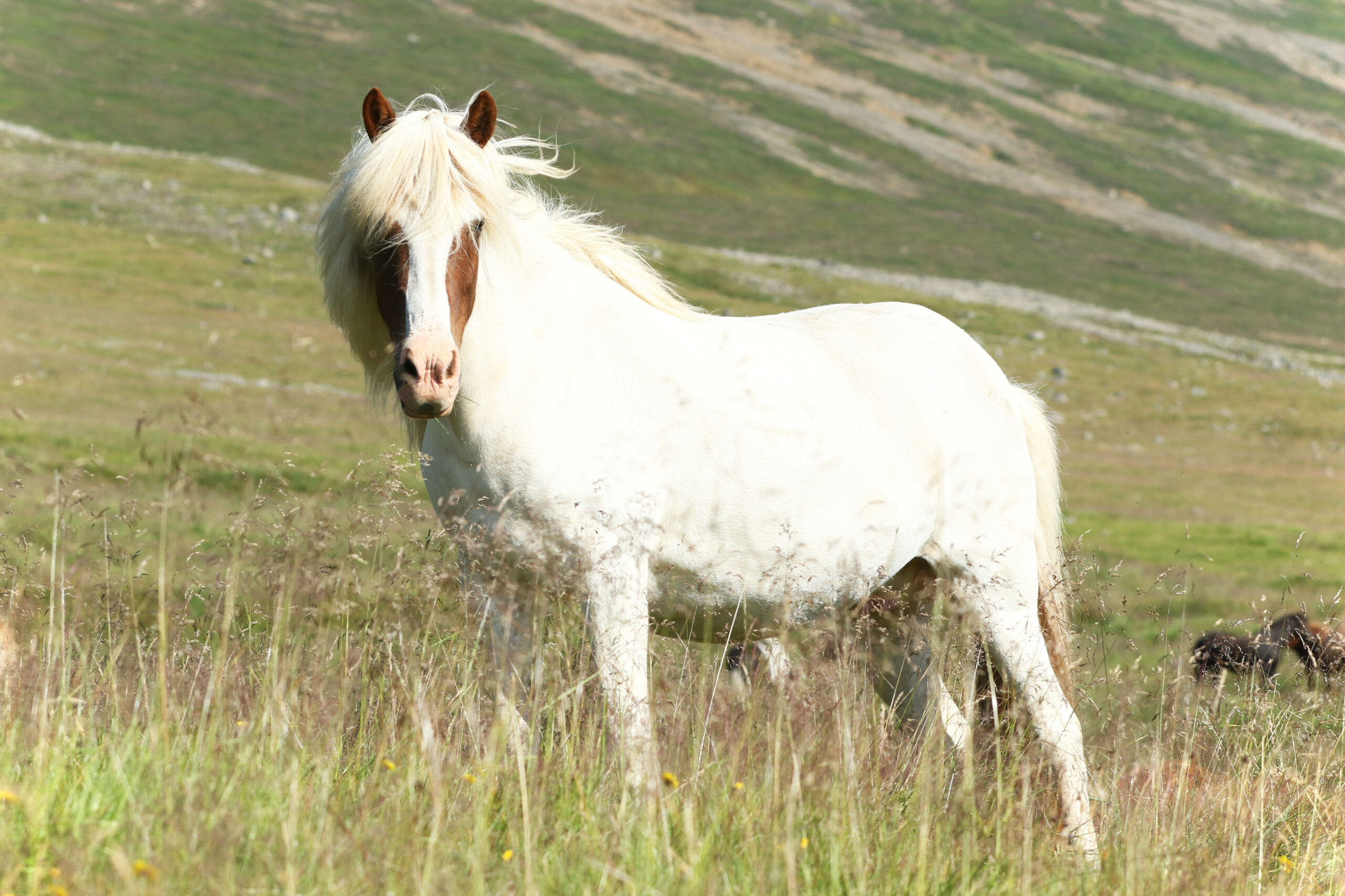 The Story
We felt like we won the lottery when Grýla stood there as a newborn with her mother, with the special color from her father and superstar Álfur. To see her grow up was exciting, she was so perfect. Starting her was also very easy, she had a good walk, very well-balanced trot and canter and with very long and wide strides. Mette presented her as a demonstration horse when she was only four years old to her students at Hólar. She did very good trot-canter transitions and just started some tölt-work. The tölt was from nature clear-beated with high leg action.

It was always the plan that Grýla would become a breeding mare at Þúfur. Her qualities and pedigree were just right. As she turned five and the summer passed, Mette felt she was not ready to show her, so we made the decision to evaluate her ourselves and bring her to Trymbill. We thought we had the information we needed about her and evaluated her as a very promising breeding mare. This year, 2022, we showed her fifth offspring out of five old enough to be trained and shown and in the fall of 2022, Grýla received honorary prize for offspring as the youngest mare that year, only 14 years old. Among her offspring is the highest judged four gaited stallion in Iceland, Hannibal frá Þúfum.

Our Own Evaluation
Here comes our own evaluation of Grýla’s qualities. Grýla has a long head with a straight noseline/face, her neck is medium length, thin at the throat with high withers, strong, long and mobile shoulders, a well-muscled, strong back and good backline. The croup is well muscled and mobile, but a tendency to protruding loins. Body is cylindrical, well carried and even. The legs are a bit over average length, they are well muscled with clearly separated tendons and good feathers. The mane and tail are very good.

Grýla has good leg action in every gait and a great reach with good elasticity. She furthermore has good ability to carry herself in the slow gaits. Movements are wide and supple. Tölt is clear-beated with high movements, slow tölt has good leg action. The trot is very good, both slow and fast, very good beat and balance. No pace was trained. Canter is well balanced, could very early go on circles on canter. The walk is excellent. She always had a good head-carriage and did not reach the point in training to be very raised under rider.

Offsprings
Grýla’s first offspring, Gormur was a bit lively in the beginning, but very obedient and positive. Our Þúfur-team member Pernille Wulff-Harslund got him when he was just started under saddle, educated him and he is now her competition horse, already doing great in fivegait. Gormur has very clear gaits and an easy pace. He is evaluated with 7.91 in total.

The next four offsprings were very calm and easy to start. All of them have good self-confidence and anyone can ride them. They have in common a great walk, very flexible shoulders and hind legs. We would say that the gaits are very good, well separated and the movements are long and elastic.

Hannibal is Grýla’s second offspring. He is currently the highest judged stallion in Iceland shown without pace with 8.68 in total.

Then came Spurning, who is very elastic with great reach. She is a daughter of the homebred Pílatus frá Þúfum and got 1st prize already as a five-year old with 9 for tölt and 8.09 in total. Spurning is owned by Marc Niechciol.

Gríður is Grýla’s fourth offspring, a daughter of Hróður. She got several 9´s as five-year-old and first price, 8.12 in total. She has great potential as a four-gaiter with very springy movements, willing but very cool-minded.

Grímar is the fifth, a son of Sólon frá Þúfum and was shown already as four-year old with 8.25 in total and went to Landsmót. We think we might have a genius in him, time will sure tell.

Offspring number six, Skotta, a daughter of Trymbill was just started this fall and she is quite the joy. We think she has it all, gaits looks and temperament. 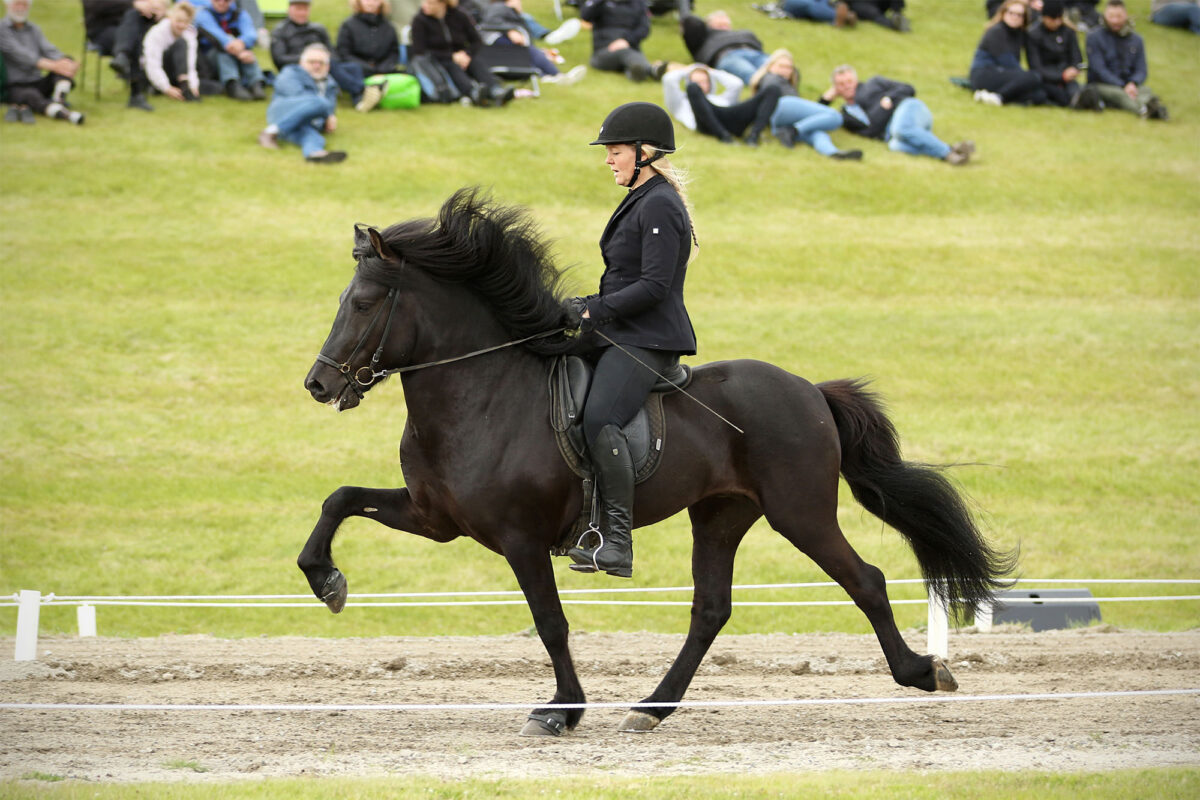 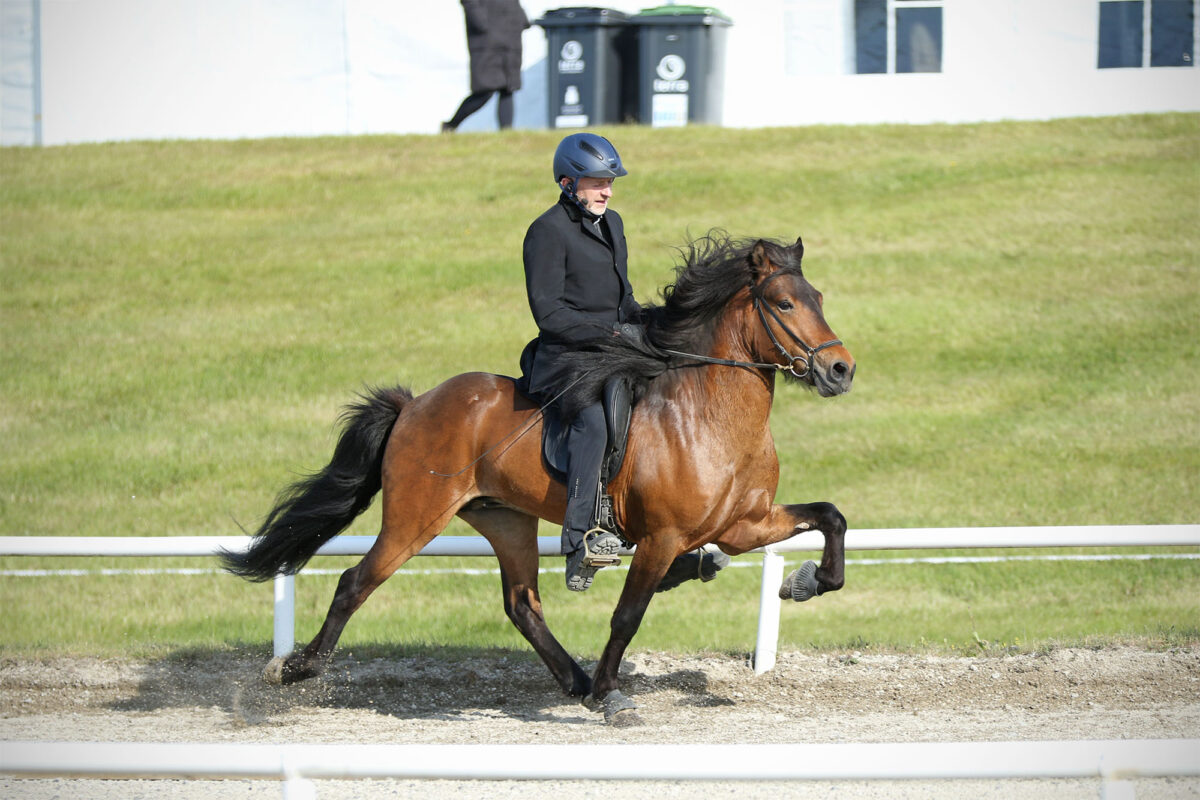 Grýla frá ÞúfumTotal: 8.50
This site uses cookies to offer you a better browsing experience. By browsing this website, you agree to our use of cookies.
More info Accept